I was going to write a blog post today about weddings. I have all the photographs sorted and ready. Then I got distracted.

I have been distracted trying to figure out how to get found on Google. What do I have to do? There is no help for this. It doesn’t help when you find pages of others ahead of you, some with no reviews, no pictures, barely can tell they’re a business some of them. Then I find other photographers. SO. MANY. OTHER. PHOTOGRAPHERS. And one thing I saw more than once in other photographers’ “about me” pages is that they talk about how they “first picked up a camera when they were 7 years old.” or 5 or 3 or something – like it’s a competition who started the youngest.

Really? Does that count? Should this bother me? It could be relevant I suppose if one were some rare prodigy and now they’re already quoting, booking and shooting full weddings at 12 years old. (and I think I did see one that stated they shot their first wedding at 12) Oh, Seriously?

I was in Photography club in 8th grade, there were boys involved and a dark room. It was never just about photography for me. Besides, jr. high? I think even that’s really too far back to qualify me as a photographer since youth. I borrowed a camera from my teacher, I was terrified I was going to to break it and have to pay for it. I could only use it once in a while for a couple hours, nothing really incredible. I mostly took pictures of my nephew on the living room couch (and I don’t really remember this, but I have pictures).

As a kid at home, my family never did professional portraits or family pictures. My dad always had some kind of camera he’d bought off “a guy on the street” – if you know what I mean, Polaroids usually. He loved instant print film cameras. They were fun, yes, but I never really appreciated what a quality photograph looked like until high school when it was time for my senior pictures.

For my senior picture, it was assumed I would be using the image provided at the beginning of the school year, the one that companies like Lifetouch come in and take. But I had gotten a glimpse at some of my friends’ senior pictures they had taken at a place called, “a photography studio” and they looked like models in these photographs!

I insisted this is what I needed (yes, needed) for my senior pictures. I had the perfect two sweaters to wear (we got to do two looks!) My senior picture was the talk of the town! It really was, they made a huge poster of it at the “photography studio” and displayed it in their front window. I never actually saw it, my classmates told me about it. I remember that the package I got cost something like $285, it was so expensive. We got 2 8x10s and about 2000 wallets (okay, 50 wallets).

Wallets were the status for friendship in those years. You get these credit card sized pictures to give to all of your friends or anyone with a pulse that asked you for one. You autographed them to whomever you were giving it to, writing in pen a personal note on the back side of the picture. It was a wonderful tradition that seemed so ordinary at the time.

After high school, got married, had kids. My husband did most of the picture taking with his 35mm camera. I eventually got a Vivitar- a 35mm point and shoot, very popular then. I thought I was some photographer with that camera. I had a great scanner and I would scan the negatives and try to manipulate them in a very rudimentary version of Photoshop (this was 1995). I wanted to create newsletters to send home with photos I took, pictures weren’t enough for me, I needed to add words. I always loved the idea of a newsletter.

My Vivitar had a telephoto lens, but I realized in time that it was a super crappy camera. One day the telephoto zoomed out and then fell right off the camera. I sent it in for repair. It came back and fell apart again not even a week later.

I tossed it into Puget Sound (I’m sorry whales and starfish, but I did).

I enjoyed taking pictures of the kids and my husband didn’t seem to take enough or take the kind I really wanted. One day, I think it was spring of 1999, I walked into a camera store, Glazers, I had heard about a digital camera and I was intrigued, I wanted to see it, hold it – it was a Nikon Coolpix. It was – a lot of money – but I bought it. I didn’t have to scan negatives anymore. It was crazy incredible. It was that version of the Coolpix with the hard, titanium body that twisted, it had a built-in flash. Every picture I took with it came out amazing. But they never came out like that portrait I had in high school.

In Oct 2004, we got the most beautiful dog for our family, a black and tan Cavalier King Charles Spaniel. Such a sweet little animal. On a warm Memorial Day weekend in 2009, we took our usual walk to the coffee shop but when we got home, the dog seemed to be having some kind of health episode. He was pacing and panting and he couldn’t seem to get his wits about him. I put him in a tub of cool water and petted him until he could calm down. We noticed a hard lump on his neck and at that moment, I heard my heart breaking.

The vet said about 6 weeks would be all he might have and for $15,000 chemo treatments could extend that to 6 months but no guarantees and most likely no cure. This dog was supposed to be my comfort for the impending empty nest approaching. Our oldest was already moved out our youngest would be graduating college soon. I was out of my orbit.

There was no way I could afford $15000 for chemo for a dog. But all I could think of was how can I capture him forever like this before he’s gone? I know this sounds nuts, but I bought the Canon 5D and also a Scott Kelby Digital Photography book.

I sat on our front porch every morning that entire, beautiful summer with Bandit in my lap, reading the Scott Kelby book. I practiced the assignments on Bandit. I was determined to get the best images I could of this dog before he left me.

Bandit made it through the summer, the hottest we’d ever had, and at times he seemed like he could have a miraculous recovery as though he knew I was relying on him for my practicing. He didn’t beat the odds though, he departed us December 14, 2009

All that to say earlier about photographers who include in their bio that their career started when they were little kids, I wasn’t one of those prodigies. I didn’t have a clue about any of this before the age of 40. It wasn’t until I felt a child-like love for a black and tan dog that I recognized my need for a connection through photographs. 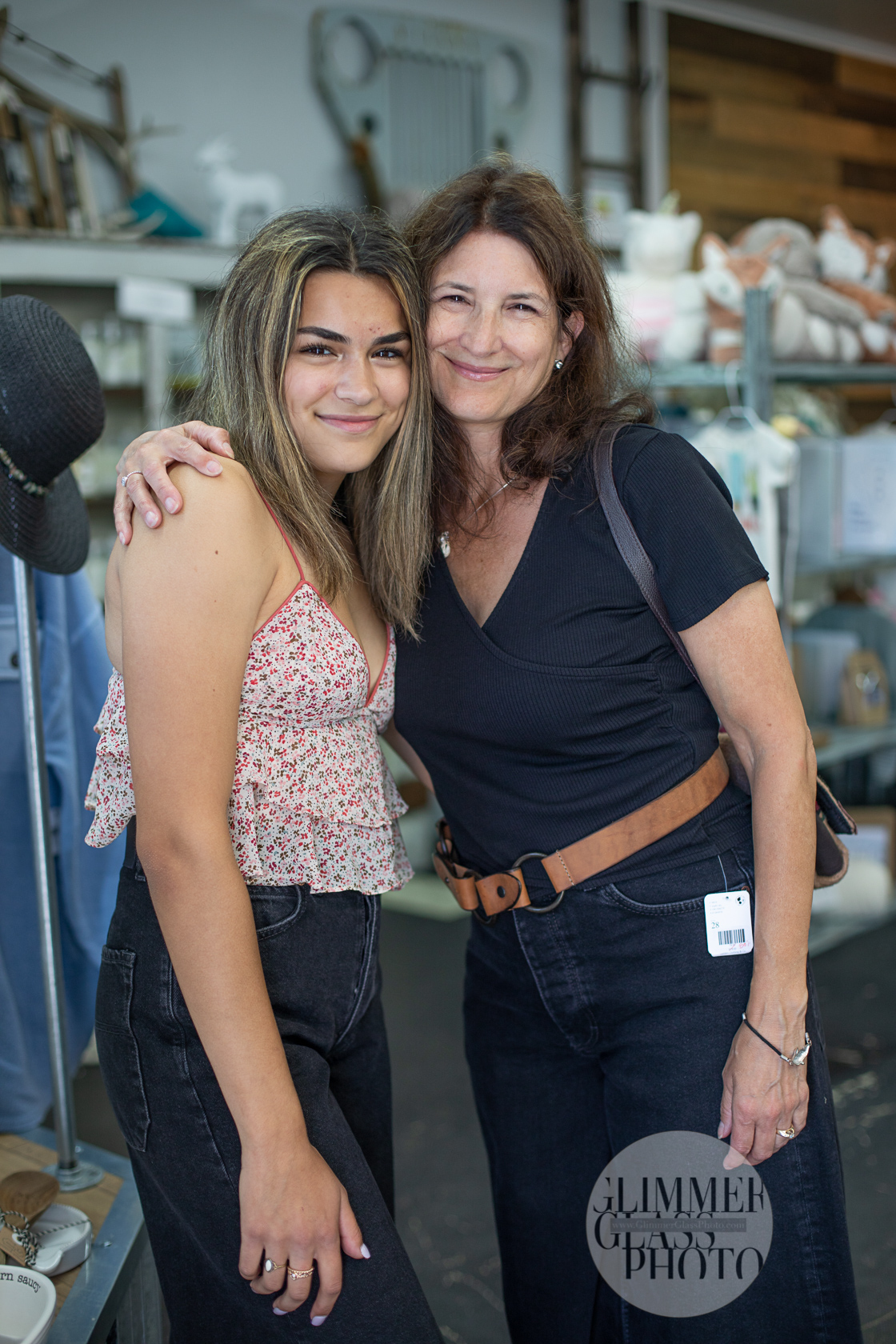 Wardrobe Shopping at Ladders in Stanwood!