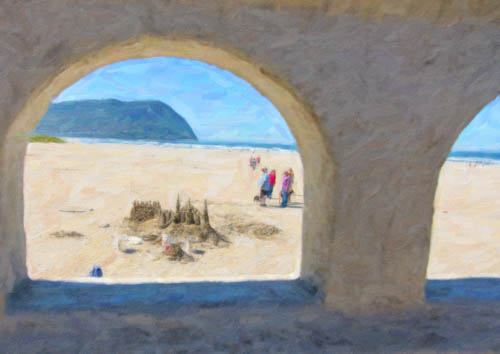 by glimmerglass
/ in Blog,Photography,Studio
0 Comments Remember when computers first became a new household appliance? You’d have to be in your upper forties at the least (I assume) to be clear on what I’m talking about.
I was in my early twenties, a parent of two young (most beautiful in the world) children, when we got our first computer. I wasn’t big on decorating the house back then, we had a split level at the time, the downstairs floor was concrete and we didn’t have much by way of furnishings but the computer was considered an “investment.”  Since desktop computers were so new, we had no idea it would be something that had to be regularly updated, upgraded or maintained.
We bought a 386 PC from Cascade Computer. Cascade Computer was a local company out of Everett, Washington. The guys there built them and gave excellent customer support. I could call them anytime, there were no phone menus, no charge for support, they spoke perfect English. They would walk me through using DOS and the syntaxes for defragmenting, clearing temp files, setting up and reinstalling windows. I was even brave enough to F-Disk once or twice because back then my whole life wasn’t on the machine. It was still somewhat of a toy, a novelty.
I was a budding real estate agent at the time, the computer I would use to link into the MLS system and be able to work from home, with my two little lovelies. I think we spent close to $1000 on it which was a real big expenditure, way more than what a washer and dryer cost then. Looking up listings didn’t come with photographs, floor diagrams or maps, we communicated with others only by white courier font on a black background, printed on a daisy wheel printer with track paper. Chat rooms were like speak easys, all words not images. Not at all like social media today.
Soon after getting my real estate license and purchasing the mighty 386, the looming S&L crisis was headed quickly to an unknown tipping point and by 1992 the hot real estate market bubble that I had so anticipated making my millions in, had burst.
But honestly, that didn’t really phase me much, I was so young I really didn’t understand much of it anyway.  I was very distracted trying to create the perfect flyer using a new program called Aldus Pagemaker for my one and only listing on Eagle Ridge in Arlington.
Mike, my husband, worked for Craftsman Press, a big commercial printing outfit. Their bread and butter jobs were Microsoft manuals. The thick, dictionary type books that came with every computer, every box of Office software they made.  But rumors were big that soon the printing industry would suffer a great blow once the desktop publishing took over. Mike insisted we get the top of the line software so he wouldn’t fall behind the times.
That top of the line software suite, included Aldus Pagemaker, Freehand and a program known as Photostyler.  It was very complicated to learn but luckily they all included printed manuals. I miss printed manuals, much easier to find answers but I digress.  Needless to say, I didn’t sell many houses nor any bare land (which there was much of up in the County). Well, the market had cooled off quickly and it took me the better part of 3 months figuring out Pagemaker on that mighty 386 to make a descent flyer because everyone knows THAT’S how you sell a $300K house, right? The computer was fascinating, much more fascinating than real estate to my curious mind, and creating anything I could imagine inspired me greatly.  I was hooked.  I spent hours at a brick and mortar store called “Egghead” and any program that looked like it would make me better at desktop publishing, I was on it.
Photostyler provided hours of the simplest fun while I suffered through a bout of infectious mononucleosis. And when I started Photography in 1996, I was so eager for the day that I could “upload” (even though that wasn’t a word yet) my own photographs into the machine to be able to create the styles that were shown in the examples on the “How To” books,  I even bought a Sapphire (Linotype-Hell) scanner,  get prints of my photos from a color print film place down near the Magnolia Bridge, scan them into the computer and play for hours manipulating them in Photoshop – (the rendering took forever).
Fast forward… just for nostalgic fun, I recently purchased a program from Topaz Labs that puts a painterly style to photographs and it brought back these fond memories (isn’t it funny how nostalgia overlooks frustration, like the past was a cake walk?). I thought it would be fun to share with you these styled memories and maybe bring back some of your own from your early 386 days.
Someone once told me that they had a photographic memory but that the camera is always out of film. A photograph turned oil painting of a sand sculpture on Canon Beach. Through an arch of a sandcastle at Seaside Beach ← Glamming up the Glam
Show Stoppers →